WSJ Battle of the Sexes Graph 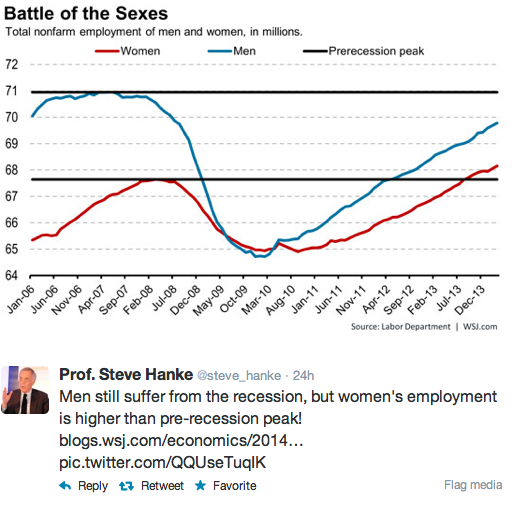 Prof. Steve H. Hanke posted the graph above from WSJ on Twitter. It is hard to be precise with only 140 characters, but there is more to the story than the title "Battle of the Sexes" implies. If you read the article (here), wording of the BLS economist is very careful. It is not a choice for a sex over the other, but rather it is due to where the jobs were lost. If you look at the replies to Prof.Hanke's post, it appears that the general perceptions is:

Let's look at the data!

As mentioned in the article, one factor is where the jobs were lost such as the construction sector , where the share of women is far smaller. Does anyone expect it to revert to the all time high? 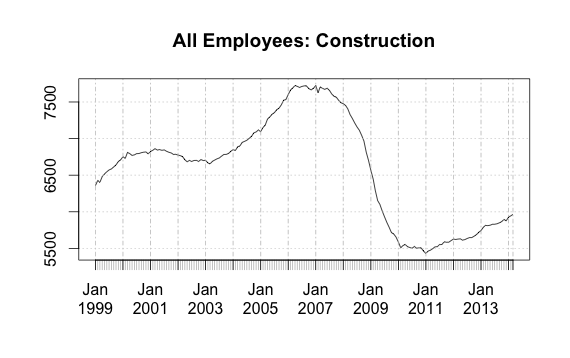 Let's look at women's share in the Total Nonfarm number and in the Private Service Sector number. Neither shows an increased share of women. 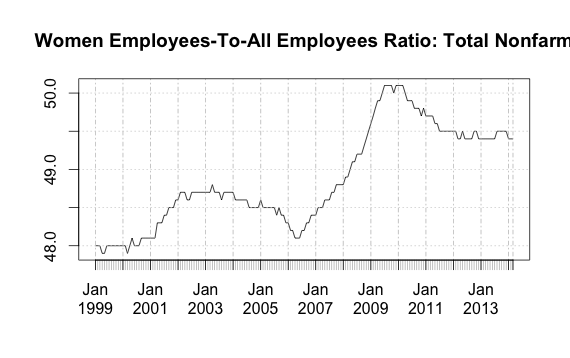 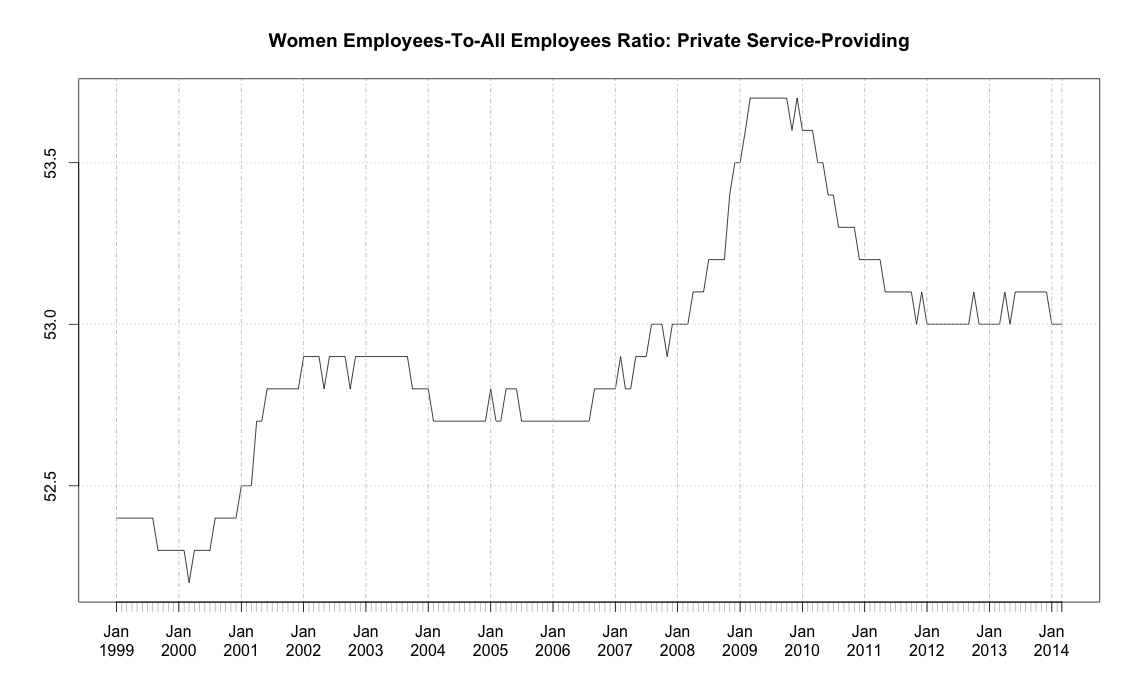 And the worst part, labor participation rate is at the lows for men and women... 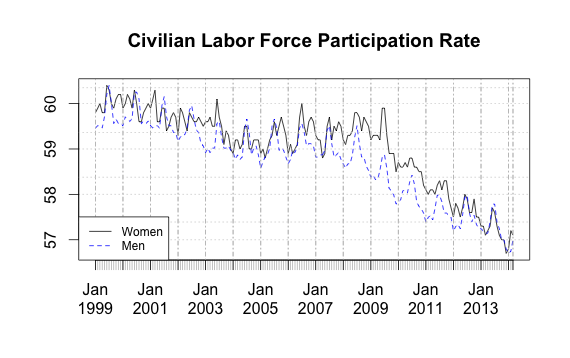